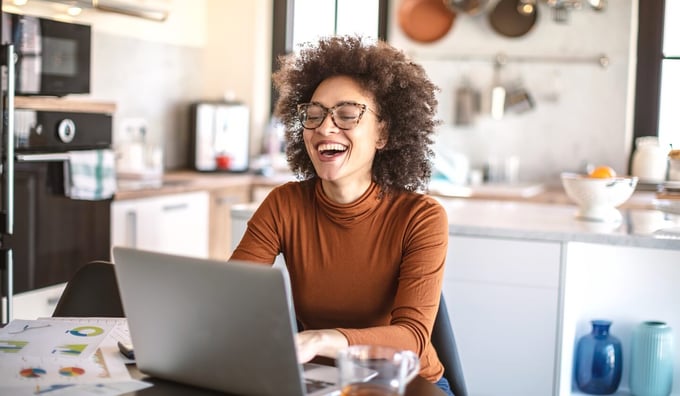 The term ‘FinTech’ is considered to have been created in the ’80s. It has since grown into a thriving sector, with an estimated 86% of UK consumers adopting FinTech processes and solutions.

Much the same as other businesses, this rise in popularity has caused certain misconceptions to appear surrounding FinTech start-ups and those who create them. In this article, we break down the 6 most common stereotypes about FinTech leaders and why they aren’t always correct.

Although the financial services and technology sectors are often seen as male-dominated, there are several prominent female leaders taking the FinTech market by storm. One example is Natasha Bansgopaul. As Co-founder of DarcMatter, a researching and networking platform for investors and fund managers, she has helped grow their user base by over 60% and win a bronze award for Company of the Year. Other notable female, UK-based Fintech leaders include Urenna Okonkwo, founder of Cashmere, and Francesca Hodgson, co-founder of GoodBox.

The most successful innovators require thinking that goes beyond technology. According to professional development instructors from Harvard, the most successful FinTechs today aren’t built on cutting edge technology. Rather, they have leveraged and applied existing tech to create social change. For example, application programming interfaces (API’s) have been utilised for years, yet they are the core tech behind several recent advances in mobile banking and payment processing. Examples of FinTech companies leveraging API’s include Transferwise and Betterment.

In a recent article, MIT’s Tracy Mayor notes that when you hear the phrase ‘FinTech’, “you’re apt to conjure up visions of young professionals day trading stocks, splitting the check with a payment app, and closing on a mortgage without setting foot in a bank.” This highlights a common misconception around the age of FinTech users and leaders – that they are young Silicon Valley types. However, research by the Digital Banking Report reveals that fintech trailblazers are significantly older on average than employees at other tech companies, with the average age falling around 46.

4. They aim to remove traditional banks

Although FinTech disruption may on initial thought pose a threat to long-standing financial institutions, most leaders realise that going head-to-head is not how it is. In actuality, FinTechs and traditional banks are finding the need to work together; the latter in order to match the pace of digital transformation, the former because of regulatory and structural obstacles in their path.

When considering the level of collaboration currently underway, research surrounding bank executives in the US reveals that 71% are very interested in or already partnered with a FinTech firm to carry out digital account opening. The study also reveals that 47% are interested or have partnered with startups to gain fraud and risk management resources, followed by 41% for mobile wallet capabilities and 33% for data breach and ID protection services.

Although consumers still use traditional banks more than challengers, trust in FinTech firms has grown over the past 10 years. One study has revealed that although only 23% of respondents say they actively trust FinTech companies, a significant 48% reveal they have no opinion on the matter.

A degree of ambivalence can be attributed to FinTech’s newcomer status, leaving a sizeable gap for leaders to build more awareness over their offering. According to engineer and designer, Akarsh Sanghi, “being responsible for other people’s money is a challenging task and being a person with a lot of integrity and empathy is of the essence”. Leaders who demonstrate authenticity and compassion while remaining transparent about their goals will be instrumental to growth.

6. They are all about the money

Although many FinTech firms are focused on money management such as payment processing, online banking, mobile banking, and lending, these aren’t the only areas of the sector. There are multiple sub-sectors within FinTech, with dedicated software to assist with aspects such as: